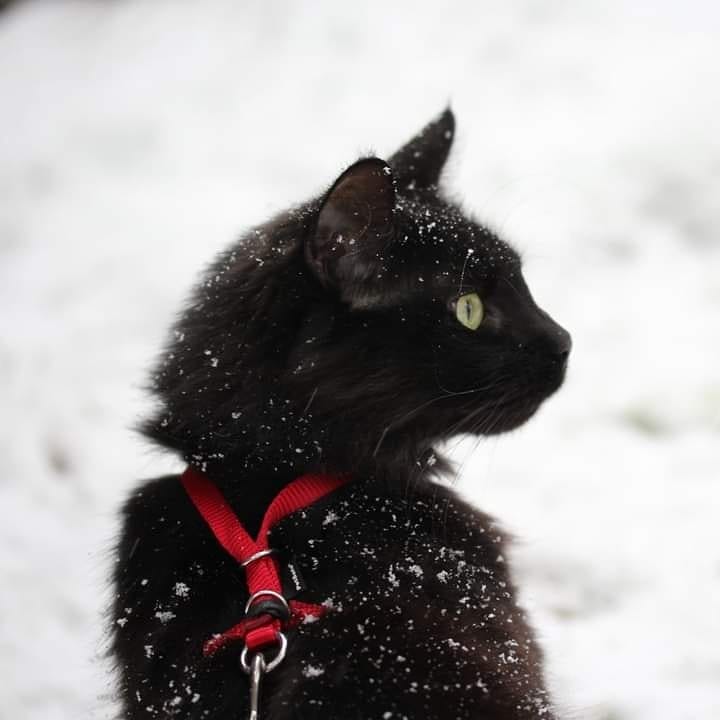 We’ve all made it to 2021! I think we’ve all learned a lot over the past year. Good, bad and ugly things. I hope everyone is still social distancing, wearing masks and being understanding toward others. I’m not saying washing hands because that’s something that you should have been doing long before the pandemic.

We got some snow. I think the final amount was around 10 inches or so between Christmas Eve and Christmas day. The past few years if we get anything it’s usually ran, so it was a nice surprise. We were down at my parents – about a 45 minute drive – and on the way home we hit some freezing rain before it finally turned into snow. (We wore masks the whole time we were there and everything, no worries!)

We bought my mom her first KitchenAid mixer. The funny – or not so funny – thing is my younger brother broke her stand mixer the night before helping her make cheesecake. I’m still amazed that he broke it making cheesecake, but it was super old. She had to have gotten it when I was a teenager. Sadly the only color I could get the mixer in was black, I kind of waited around and ordered it last minute. I honestly don’t think she cared what color it was in. I told my brother not to touch it or he’ll be replacing it. My mom and I were talking about all the attachments she can get for it. We were talking about the pasta roller/cutter attachment a lot, she was asking where she can get it and around how much it is. I think she was hinting at Christmas next year. haha!

Christmas morning our little thing is to have breakfast and watch National Lampoon’s Christmas Vacation. This year I may have went a little crazy with breakfast. Last year we had overnight cinnamon rolls. This year we were talking about doing some kind of French toast. Some how that turned into a breakfast board. Cinnamon/Vanilla pancakes, Maple apple (vegan) sausage, (vegan) “bacon”…and a ton of hot sauce. I bought a hot sauce advent calendar this year.

This year I bought Jason (as his “big” gift) a set of two flight boards with glasses. Basically it’s a board with 4 spaces for 5oz glasses that are used for beer tasting. His one friend usually brings over different beers for them to try and I thought something like this would be fun for them to be able to use.

Jason bought me the KitchenAid pasta roller/cutter attachment! I just started laughing when I opened it because of my mom being interested in getting one. So once everything kind of gets better (I know it won’t be until spring/summer) my mom is going to come up and we’re going to make pasta. He also bought me 7 bath bombs, 1 bubble bar and some body scrub. Saturday nights are “spa” nights for me. It’s my Friday, so I just lay in the bathtub and watch a movie on my tablet.

Our one friends found the Golden Girls cookbook for me and I already have a dessert picked out to make. All of the recipes are based – somehow – on an episode of the show, which I love! Jason’s mom bought me a bath tray too, so now I have that for spa nights.

I feel like the end of December was kind of rushed, but I think it’s always like that because there’s so much going on within a week of time.

Boring work talk…Monday (1/4) construction started on our Walk-In cooler! I don’t know if I mentioned it before or not, but we were the victims of arson, thankfully the fire only destroyed our walk-in cooler and (meat) smoker. Once the walk-in is finished I’ll be able to go back to making more desserts like I’m used to. Lately we’ve just been doing bread pudding and cupcakes. This coming weekend though I’m going to make some mini loaf cakes, and I’m oddly excited for it. I’ve already planned out my Valentine’s week dessert too.

Friday night I came home and made some crazy cupcakes. It’s a chocolate cupcake, peanut butter frosting, chocolate covered popcorn and a caramel drizzle. What can I say, I love making over the top cupcakes/cakes.