One Episode At A Time 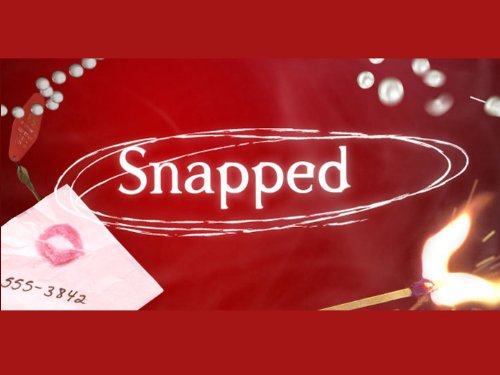 First confession: I snack in the bath tub. Yes, a lot of people say it’s gross, but you don’t understand. Nothing is better than sitting in a warm bubbly unnatural colored bath and bringing a crispy bbq chip to your lips after a day of sweating in a kitchen. It’s pure magic.

Second confession: I watch Hulu (or Amazon Prime) while in the bath tub. This isn’t as odd as the eating thing, I mean you’re just hanging out so why not knock out a couple episodes of something (or a movie).

That less confession leads me to this post: TV Shows (Can we really call them TV Shows still? I’m 30+ damn it, they’ll always be TV Shows to me!)

So I’m going to break this post up into two sections. Section 1 is shows I will (forever) enjoy. Section 2 will focus on the shows that I want to start at some point – I’m horrible at starting anything new.

Restaurant Impossible – The show did end for some time but they’re bringing it back! I think it starts tomorrow, which will make the perfect thing to watch while I put finishing touches on my Easter cake.

Daria – I think anyone of my age remembers Daria. I was so excited when I found a box set of the whole series – of course I bought it. I still feel Daria in my soul.

Guy’s Grocery Games – So I remember when Guy won Next Food Network Star. Yes, I am a Food Network nerd. I can’t help it. I have to say though, this is the only one of his shows that I’ve actually watched. What can I say, I’m a sucker for watching people trying to cook with some kind of weird rule they have to follow.

The First 48 – So I used to watch this with my mom and I still watch it now. I haven’t seen every episode, but I am trying to catch up. It’s interesting to watch a murder investigation unfold.

Cutthroat Kitchen – I’m sure a few people know my deep love for Alton Brown. So it should be no surprise that Cutthroat Kitchen made it to my list. I’ve seen every episode and I still watch them over & over again. Some of the things they come up with for the show is just crazy – and makes me happy I don’t have to deal with them.

The Golden Girls – I -L-O-V-E The Golden Girls! I started watching episodes when I was a teenager. I’ve seen every episode so much that I can quote them. A lot of people have suggested I’m Sophia – and not just because I’m short.

Law & Order: Special Victims Unit – I watched a random episode one day and that was the end. It took me SO long to catch up on all the episodes because SVU has been on the air for so long. The reason I watch it is the fact that I fell in love with the characters – there’s actual character building which is lacking in a lot of shows.

Snapped – I upgraded my Hulu account so I can have Oxygen to watch Snapped. I’ve also bought a few seasons on Amazon. I’ve always been one of those weird people interested in murder and Snapped has that – as well as trying to give insight to why some people are pushed so that point of killing another person.

Bob’s Burgers – Such a fun show! If you’ve watched it, I’m sure you know which character you are. I have to say, in the end I turn out to be Tina.

Rocko’s Modern Life – This is one of the shows I watched growing up. I bought the seasons and still watch it. I’m hoping to watch it with my oldest niece sometime soon.

Supernatural – I’ve been a fan since the first episode. I have a tattoo on my arm because of the show. I am a Dean Girl. I write fan fiction using the characters. I am that crazy fan girl. I have to say though, I haven’t been keeping up with the show like I should. I am planning on catching back up with the show. And yes, I heard the sad news that they are ending, but 20 seasons is amazing for any show.

The Killing Season – I honestly have no idea why I haven’t watched this yet. It’s been sitting on my list of things to get to for so long.

Baskets – Zach Galifianakis is great is so many things, that’s the main reason this is on my list.

In Ice Cold Blood – Season 2 has already started airing and I haven’t even finished the first episode.

Wayward Pines – I’ve almost started watching this show a few times. Why didn’t I? I fell back to an old favorite instead. I think it will be an interesting show.