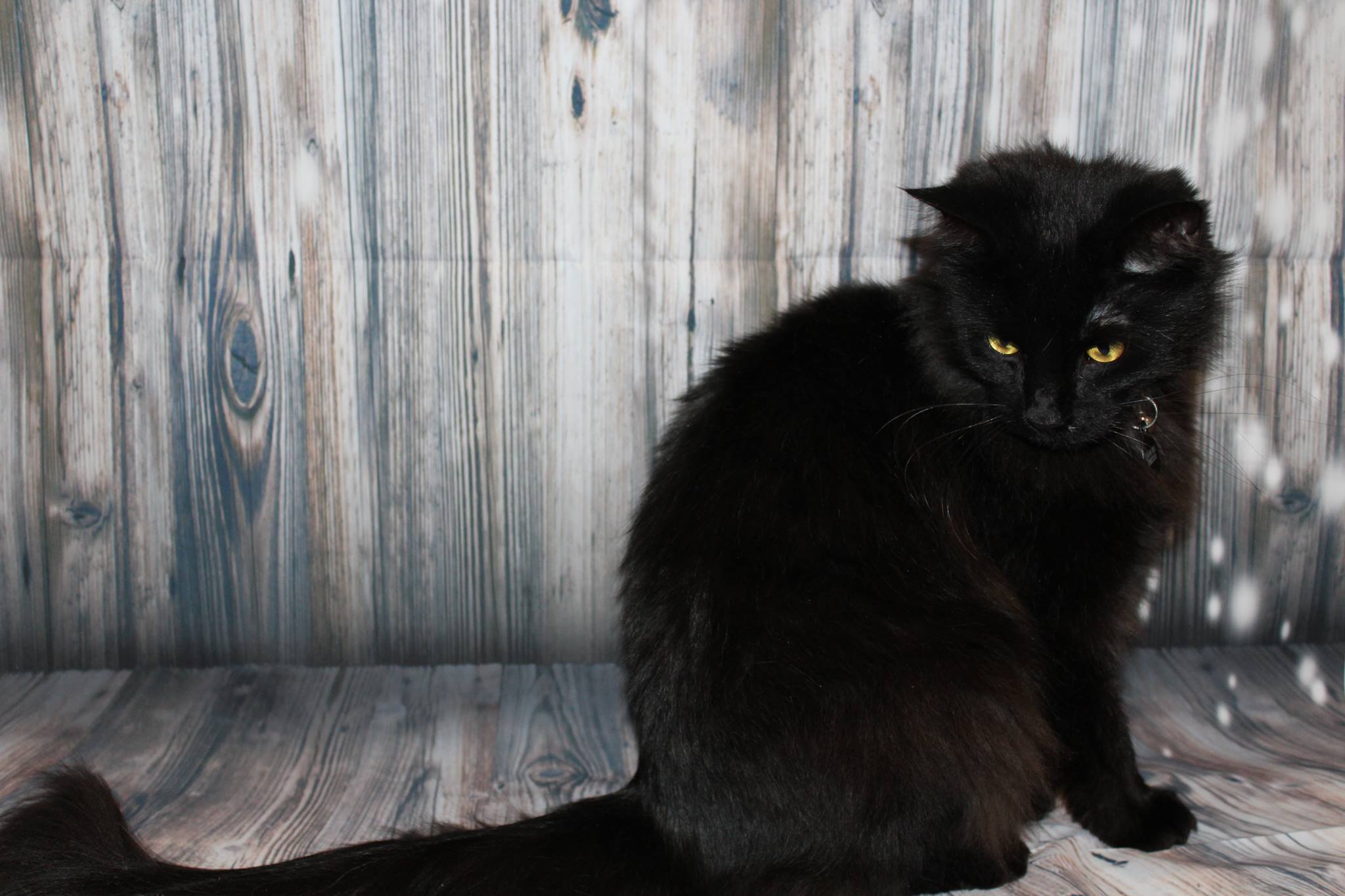 After the week I’ve had with Ash, I figured it was time to finally write about him.

Last Tuesday my day was spent at the emergency vet – this is after my boyfriend left work early to take me (& Ash). After a few hours there and a bill heading toward $600 we were able to bring him home, after my boyfriend was able to talk his vet into taking Ash the next morning. Ash stayed at the other vet Wednesday to Friday.

Those days were the hardest I’ve ever gone through. I’m used to him waking me up to feed him, meowing through the door when I come home, and him just talking back.

In the end Ash has a urinary obstruction issue that most male cats deal with. This means I had to give him some medicine – which he’s officially done with – and special food.

Okay let’s talk about this special food. Considering what I went through last week, I think that shows I will do anything for Ash, but this cat food is another story. I get that I need to change his diet and I will do that. He always gets a mix of wet & dry food for breakfast and dinner. The emergency vet sent us home with a sample of the dry food and the regular vet sent home 8 cans of the wet food. 8 cans cost $20. Yes, 8 cans. He also hates it. Just to get him to eat it I’ve had to water it down so much. It’s a pate wet food, he hates pate. I’ve had to buy the chunky stuff for him to eat it. A bad (16lbs) of the dry food is almost $80. Thankfully he goes back to the vet for a check-up Friday morning. I’ll have a chance to talk to him more about the food and what all I need to actually do to make sure he’ll have a greater chance of this not happening again.

Sadly there is a chance of this happening to him again since it already happened.

The one vet did tell me to look into getting one of those flowing water bowls. I’ve honestly been thinking about getting one for a while, so now it’s a must buy. I’m comparing prices of units as well as the filters for them.

This post was suppose to be more about his story, beyond his fun filled vet visits.

Ash was free. My mom found someone on facebook giving away kittens. I’ve always been a cat lady. I was a cay lady when I was 9, it’s just who I am. Don’t get me wrong though, I do love dogs. Cats just act more like I do, I think that’s why I enjoy them a little more. I like naps and food. That’s me.

Anyways, my mom found these free kittens on facebook shortly after my cat (Stinky) passed away. I was out of state with my brothers (& his wife) at one of our random trips. My mom called me and told me she had a cat for me. That cat was Ash.

I had the name picked out for a while, so the name was no question. A few people may know where his name comes from, considering my love for all things horror.

Ash has been spoiled pretty much since I got him. He’s big and fluffy, which is perfect.

Sadly when I still lived with my mom Ash went missing for around 4 months – not long after he turned a year old. Of course we all thought something had happened to him and he died. Well that was not true. He showed up at the house one day with his lion hair (the fur around his neck) cut down and the hair on his tail cut. Come to find out one of the neighbors stole him. Yes. They stole my cat. Ash was able to get out and came home.

Since that happened Ash is not allowed outside, unless he’s in his harness. He loves being outside though, he’s part dog. I mean, he’s as big as a few dogs I’ve seen.

Usually outside time means he just rolls around in the grass. Then he rolled around in the drive way. Just a lot of rolling around to get that outside smell all over him. He does enjoy going on the deck so he can have a better view of what the neighbors are doing in their yard.

As most cats (or males) he just likes to hang out and do nothing. You have to watch out though, if you’re walking by, he does enjoy trying to trip you. he just sticks his paw out to grab your leg.

He’s a lover of naps. The nap can happen anywhere – as most kids who are 2 or 3. He doesn’t really fit in our bathroom sink though. I’ve already requested that we have a larger bathroom sink in the next house. He’ll usually nap in the bathroom while I’m enjoying a bath.

Upstairs he has 3 nap blankets. One of them is in my craft room – it’s the room I hang out in when I’m alone. The second blanket is in the hall by the bathroom door. And the last one is on the headboard of the bed. Half the time he doesn’t even use any of them.

When it comes to toys, he’s not really a toy cat. I’ve tried with buying so many toys, but the dog plays with them instead. The only thing that he truly enjoys is his cat nap.

In the end though, he’s my furbaby. Just a ball of fur with claws.

Author: Christa
Filed Under: Fur Baby
Getting back to it
One huge jump in size 4 shoes!