Too Spooky For The Spooks? 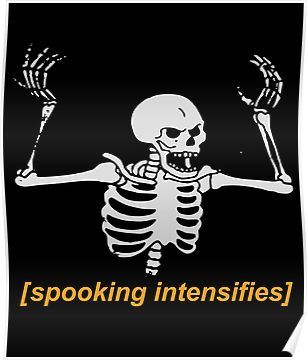 It’s nearing the time of watching those good old horror films for people who don’t live Halloween all year long. I’ve been in love with horror and Halloween since I was young. My aunt always threw these massive Halloween parties and the earliest film I can remember seeing is Halloween 4. Both are just a part of me now.

I find my happy place is those films I grew up with. You know, the ones that are getting remade every year for some reason. It upsets me and I usually don’t watch the remake. There are 2 reasons I’ll watch a remake: 1) someone else wants to see it. 2) There is a director/producer/actor involved in the film that I adore. Reason 2 is why I’ve seen and own the remake of I Spit On Your Grave (Chad Lindberg).

There are a lot of people who watch horror to get that spooky feeling, to be scared of every noise in the house. As I stated before, I am not one of these people. Even though I am not, I still enjoy a good scare every now and then. The hard thing is trying to find something that actually scares me, or at least gives me the creeps. I set out on a mission to figure out what films scare me.

This mission was a hard one so I went to facebook and asked everyone what films scare them – or at least gives them the creeps. I received a few replies and it helped me really start thinking about films. In the end I was able to come up with five films.

So here we go. Here are the four films that scare me – or at least creep me out. (In no real order)

I’m sure a lot of people have this on their creepy list for the same reason, the sister scene. I do not. I first seen this film when I was probably too young to watch it. What can I say, growing up in the 90’s was different. Anyways, seeing it as young as I did (maybe 10) it traumatized me. Really just one actor/character did. The character I’m talking about is Victor Pascow. I still, to this day, have issues with that character. This just shows how effective Stephen King’s writing and vision for this story is. Now I can’t speak about the remake because as I stated before I don’t watch those really on my own.

I just recently watched The Sixth Sense for the first time in 10+ years. There were two major parts of this film that scared me when I was younger. The hanging scene and the maggot scene. The feel and the story of the film I actually love. It has been and will always be one of my favorites.

This film is a very straightforward scare, especially considering the current climate in the US. I would honestly say all of the films in this series are scary as hell.

It all comes down to the way this film is set up, I think, when it comes to why it scares me. I tried rewatching the trailer before writing this and I had a hard time getting through it. It’s the only film I have issues with watching while it’s still daylight outside.

1 thought on “Too Spooky For The Spooks?”