I know I’ve been at horrible at blogging the last few months. What can I say, sometimes I feel like I have nothing interesting to share at all. Plus, I’ve been on a horror movie binge, so I’ll finally have something to start posting about on Horror Rambler.

Today I thought I’d take the time and post about my costume, which will turn into a cosplay for conventions – whenever I feel comfortable going back to conventions. This costume took me around 3 months to make and I made every piece of it. If you follow my social media, you slowly watched it come together.

Here is the character I was trying to recreate. If you don’t know, this is Sam from the film Trick ‘r Treat. I love the film and I think it has become a horror classic already, as it’s 14 years old. I’ve been wanting to make this costume for a while and considering how last year was, I wanted to do something major. This was it. It has also been a while since I made a costume with detail and props.

The head was the piece that I was honestly worried the most about. You have to be able to see, but it also has to keep its shape. I found a solution that was lightweight and something that I could see through. A rat ball. Yes, it’s like a hamster ball but big enough for a pet rat to fit in. And with a piece of the back cut out, it bends just enough to open up for my head to go in. It has holes for air already too, so something I didn’t have to worry about doing. I also added some padding to the inside of the ball on the back so it would help the ball keep forward on my head and move less.

The orange onesie was made from a pattern I found. Sam has a butt flap, so I had to add that because it wasn’t on the original pattern.

Now the props were the easiest part to make. The sucker was made from some foam that I cut out and painted, with the stick just being a chopstick. The big sack that he has was just a couple pieces of burlap sewn together. 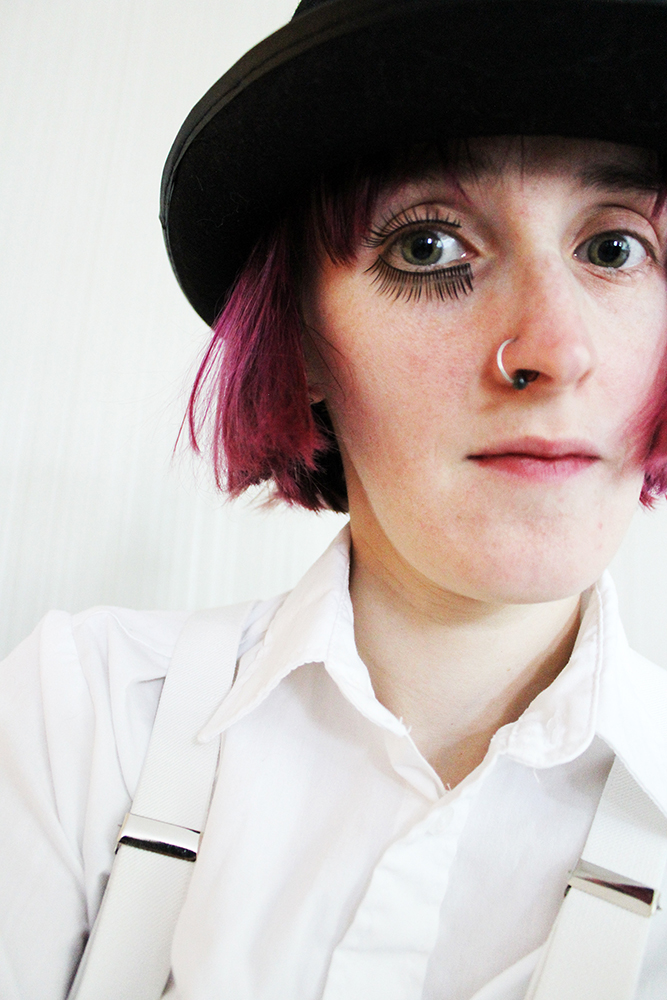 Another year, another trip to Chicago for C2E2! Thankfully the snow held off until Monday (04/09).

We go every year and are already making plans for next year. I’m already starting on my cosplay for next year – which will end up and be my Halloween costume for this year so I have time to fix any issues I have with it…I’m pretty sure I’m going to have issues with it. I’m excited for next year already, too! END_OF_DOCUMENT_TOKEN_TO_BE_REPLACED